The owner wants the court to consider the puppy a living soul, rather than property, as state law dictates. 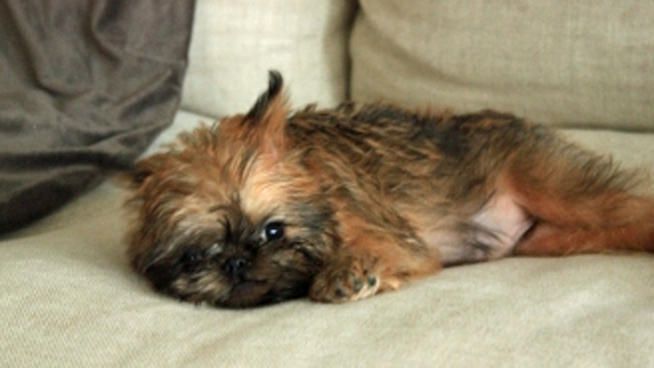 Umka, the dog at the center of the suit.

The owner of a Brussels Griffon puppy has filed an unusual lawsuit seeking damages from a Manhattan pet store for the pup’s pain and suffering from alleged birth defects.

Umka the puppy was born in December 2010 and was sold for $1,650 to Elena Zahkarova a few months later.

A court complaint filed last week in civil court in Manhattan says Umka was diagnosed in July with hip and knee problems. The suit alleges that those disorders were birth defects.

The suit says Umka “cannot engage in regular activities a puppy should engage in such as running” and has only limited walking abilities, and blames the pet store for selling a defective breed with genetic disorders.

Zahkarova is asking the court to consider the dog “a living soul,” rather than property, as state law dictates. The court should then recognize the dog’s pain and suffering, the lawsuit says.

Zahkarova says the purchase contract with the pet store guaranteed Umka from congenital defects for one year from the purchase date.

A phone listing for Raising Rover pet store was not in service.