New York, NY: If attorney Susan Chana Lask is right, she has hit on class action suit that will go down in history as one of the critical features of the foreclosure crisis that has ruined the lives of millions of Americans. “It is disgusting,” says Lask, a smart and feisty New York City lawyer. “I am really starting to hate banks. They are messing 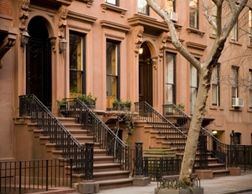 Lask started poking around after the distraught daughter of an 80-year-old woman came to her with some questions. A New York attorney called Steven Baum had a filed foreclosure complaint on behalf of HSBC and was preparing to takeover the Brooklyn brownstone owned by her mother,Concepcion Campbell. “I looked over the paperwork and I saw she never should have been foreclosed on,” says Lask.

The problem was, HSBC didn’t own the $190,000 loan. It belonged to something called MERS Corporation or Mortgage Electronic Revival System Corporation.

“So I sued Steven Baum, the attorney who did the foreclosure on the home, for legal malpractice and fraud,” says Lask who describes Baum’s practice as a “foreclosure mill” for the banks.

Lask started looking a little further and began to see what she describes as a “RICO fraud and a racket.” She has since filed a class action on behalf of thousands who lost homes in illegal foreclosures. If Lask is correct, and there are lots of reasons to believe she is, this is a mess and a half.

To get the full picture, Lask says, you have step back to the wild and crazy days when banks were high on the smell of money and were signing up risky mortgage customers.

Knowing that the bubble could burst at anytime, the banks stacked the loans under the name of MERS Corp. “So you would go and take a loan with Chase Bank but on the mortgage is would say MERS Corp.,” says Lask. “It splits the title. The title is bad right there. But they didn’t care, and the title companies didn’t care because they are all part of it too. Everybody gets paid. They just wanted a closing. They were like vultures.”

Courts in New York State are starting to figure this out. Ultimately, it could mean that the ownership of thousands and thousands of homes across the US are in doubt. “The judges are denying these foreclosures left and right – the documents are bad,” says Lask. “The documents they are filing are just basic fraud.”

Susan Chana Lask is a high-profile New York City litigator and appellate attorney. She has handled hundreds of complex divorce, legal malpractice, civil rights and class action cases. She is admitted to and practices in the United States Supreme Court, the New York Court of Appeals and Federal District and Circuit Court of Appeals. She is an author and frequent media commentator.