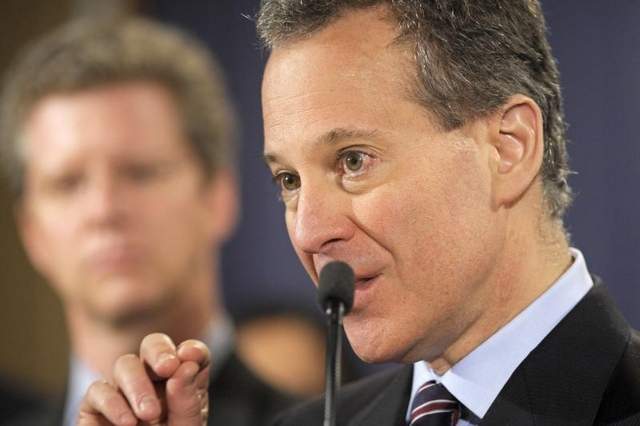 2/19/12
It is hardly surprising that the Steven J. Baum law firm, lead protagonist in today’s report on the foreclosure mess in New York, continues to prolong misery for so many caught up in that maelstrom. This is, after all, the same foreclosure mill that threw a Halloween party last year where staffers dressed as homeless people and derelicts — erstwhile homeowners. In one photo, a costumed reveler carried a placard that read: “3rd party squatter I lost my home & I was NEVER served!!”

The Baum firm, once the state’s largest foreclosure firm, agreed in October to pay a $2 million penalty and change its practices, to settle charges that it filed misleading pleadings, affidavits and mortgage assignments, to expedite foreclosures for its client lenders. Little more than a month after that agreement with the U.S. Attorney’s Office for New York’s Southern District, Baum announced it was closing — a development that unfortunately does not conclude the story.

As today’s account by staff writer Cathey O’Donnell shows, many lives, distressed properties and futures continue to be clouded, even with the firm’s demise. Reports of missing documents and erroneous documents abound, heaping additional financial costs, uncertainty and misery on borrowers. “We’ve been trying to close on this property for three months,” property owner Michael Pagan said of a building in Brooklyn. “He ruined my life.”

The travails involving the Baum cases — it has handled 4,000 foreclosure matters in the three-county area since 1999 — help explain in a nutshell why economic recovery has been so truncated, not only here but across the country — and why a cadre of state attorneys general, led by New York’s Eric Schneiderman, pressed the White House for continued authority to investigate and bring claims against parties culpable for abuses after the housing market collapsed. A new, $25 billion settlement between five large banks and 49 states will bring a measure of relief to homeowners who were illegally foreclosed upon, but that amount does not begin to address the full measure of the hardship.

According to a new report from the Mortgage Bankers Association, New York ranked 26th among the states in mortgage delinquency, 7.98 percent in the fourth quarter, down from 8.12 percent the previous quarter and better than the 8.15 percent rate nationally. But plenty of trouble remains, as extra due-process safeguards in New York have helped slow the pace of foreclosures, but done little to make the problem go away.

Other states face similar woes — no doubt in monumental proportions. The New York Times reported Wednesday that an audit of 400 recent foreclosures in San Francisco alone determined that almost all of them revealed either legal violations or suspicious documentation. Problems ranged from minor errors to significant due-process lapses, such as failing to warn borrowers that they were in default.

New York has been ahead of the curve in some respects. Last year, it became the first state to require attorneys for lenders to verify the accuracy of all mortgage documents — which alone has slowed the pace of foreclosures. And during his State of the Judiciary speech last week, New York Chief Judge Jonathan Lippman said a new court initiative will (1) allow all homeowners facing foreclosure to obtain legal representation and (2) streamline the process for settling mortgage disputes. A new court part will hear only foreclosure settlement conferences.

Those measures will help, so too will dogged pursuit of and stiff sanctions for wrongdoers. And it appears that only time and patience will untangle much of the plentiful mess. As Susan Chana Lask, a Manhattan attorney, told O’Donnell: “The problems Baum’s firm left this state with are just beginning. The new firms taking over his files need to take time to figure out and correct what he did.”