You are here: Home / Print / NY Post: Lask and Myla Take on Kardashians

Lawyers for the bootiful reality star (pictured) are slated to depose lookalike Myla Sinanaj in New York next week as part of Kardashian’s divorce case against Kris Humphries, but Sinanaj, the Brooklyn Net star’s ex-girlfriend, said she isn’t going to make it easy for her rival.   Sinanaj was spotted yesterday (pictured) lunching in North Bergen, NJ, with high-powered lawyer Susan Chana Lask — and the pair said they are contemplating taking legal action against Kardashian next week for harassment and invasion of privacy, as well as “other causes of action.” 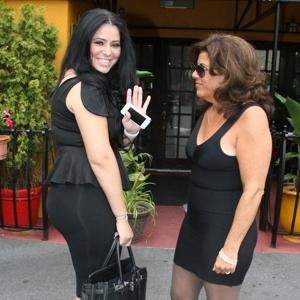 Sinanaj, who dated Humphries earlier this year after he split with Kardashian, said she’s been slapped with four subpoenas demanding that she testify for a deposition in their divorce case.   “What does Myla have to do with this? Myla didn’t even know this guy until after the divorce,” Lask said. Now, however, “Myla’s taking on the Kardashians.” Asked if their legal plans involved Kim’s current beau Kanye West, Lask said, “Everything involves Kanye. They have everyone involved in their drama.” 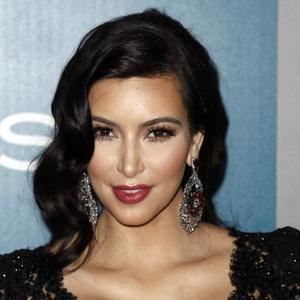 Humphries’ lawyers claim Kim owes him millions and allege he was duped into a phony marriage. Kardashian believes Sinanaj can provide info that will hurt his case.

In a Los Angeles hearing related to the case yesterday, Kim’s lawyer, Laura Wasser, whined that Humphries tried to subpoena West by putting paperwork in a Nordstom box and sending it to Kardashian’s house on July 16.