Florence v. Board of Chosen Freeholders, strip-searches,
and the United States Supreme Court
Published: Friday, October 07, 2011, 7:34 AM
By Linda Stamato/NJ Voices The Star-Ledger

The U.S. Supreme Court’s term opened on Monday. The court is expected to hear a number of cases that affect significant parts of the nation’s criminal justice system. One of those cases is Florence v. Board of Chosen Freeholders (No. 10-945), a Fourth Amendment case, which comes from a traffic stop in New Jersey, in 2005, that lead to the strip-search of the driver.

The court will decide whether people arrested for minor offenses may be strip-searched, an issue that has divided the lower federal courts of appeal.

The state police arrested Albert W. Florence based on a warrant for a supposedly unpaid fine. Although the fine had in fact been paid and although failing to pay such a fine is not a crime in any event, Mr. Florence was held for eight days in two counties–Essex and Burlington–before matters were, shall we say, sorted out.

He was strip-searched twice. He sued. Not in state court, but in federal court, alleging that his treatment in both counties violated his constitutional rights.

As Frank Askin points out in his New Jersey Voices blog–“Is strip searching an inmate arrested for a petty offense a Fourth Amendment violation?”–strip-searches have been illegal in New Jersey under state statute for 22 years:

“…State law says a person arrested for commission of an offense ‘other than a crime’ shall not be subjected to a strip search unless ‘there exists probable cause that a weapon, drug or evidence of a crime will be found.’ In order to sue state and local officials for monetary damages under the Federal Civil Rights Act, a person must allege a violation of his/her rights protected by the “Constitution and laws” of the United States.

“Moreover, a state official is immune from such suits unless there is clearly established law that the search was unlawful.”

The Honorable Joseph Rodriguez, a federal judge in New Jersey, ruled in favor of Florence last year. A federal appeals panel, the Third Circuit U.S. Court of Appeals in Philadelphia, however, heard Florence’s case and found against him.

One can only wonder when strip-searches, for this panel, would be unreasonable.

Not only is the fate of Florence at stake here. Attorneys for Florence are also representing many people who claim they have had similar experiences.

It’s striking that on the side of Florence, and the federal judge who ruled for him, were five former state attorneys general who served between 1990 and 2006. They took the position, in a filing with the court, that strip-searches can only be allowed if a person has been arrested for a felony—drug or gun crimes–or if there is a reasonable suspicion they could be hiding contraband. The N.J. Attorney General’s Office Guidelines, adopted in the 1990s, they assert, support their position.

The ruling against Florence by the Third Circuit Court of Appeals, it should be emphasized, was not unanimous. The dissent by the Honorable Lewis H. Pollak is compelling: 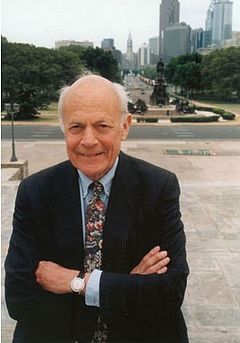 “The majority sweeps away twenty-five years of jurisprudence, giving jailors the unfettered right to conduct mandatory, routine, suspicionless body cavity searches on any citizen who may be arrested for minor offenses, such as violating a leash law or a traffic code, and who pose no credible risk for smuggling contraband into the jail. Under its reconfigured regime, the majority discards Bell’s requirement of balance the need for a search against individual privacy and instead blesses a uniform policy of performing body cavity searches on everyone arrested and designated for the general jail population, regardless of the triviality of the charge or the likelihood that the arrestee is hiding contraband.

“The rationale for this abrupt precedential departure is founded on quicksand.”

“Like the majority, I recognize and appreciate the deference due to jail administrators as they fulfill their charge of ensuring security in jails, not only for the jail officials but also for the inmates. See Bell v. Wolfish, 441 U.S. 520, 547-48, 99 S.Ct. 1861, 60 L.Ed.2d 447 (1979). At the same time, “convicted prisoners do not forfeit all constitutional protections by reason of their conviction and confinement in prison.” Id. at 545, 99 S.Ct. 1861. This principle applies with at least as much force to individuals detained prior to their trial on petty misdemeanor charges such as failing to pay child support, driving without a license, or trespassing. See id. These protections, such as the right to be free from degrading, humiliating, and dehumanizing treatment and the right to bodily integrity, include protection against forced nakedness during strip searches in front of others.”

I came upon this issue, initially, when I read that New York City had agreed to pay millions of dollars to settle lawsuits stemming from illegal strip-searches of thousands of nonviolent prisoners. Payments were made for violating the law, not once, not twice, but three times! In less than ten years. Reading about these violations makes your hair stand on end. Tens of thousands of nonviolent inmates who were taken to Rikers Island on misdemeanor charges, for example, had been wrongly strip-searched in violation of a 2002 court settlement, and were entitled to payment for damages.

What were the charges that lead to the strip-searches? Among others, fare beating, pot smoking, shoplifting, and failure to pay child support!

The issue before the United States Supreme Court is whether or not routine strip-searching of an inmate arrested for a petty offense–in the absence of suspicion that he or she may be hiding drugs, a weapon or other contraband–violates the Fourth Amendment of the Constitution, which prohibits unreasonable searches. 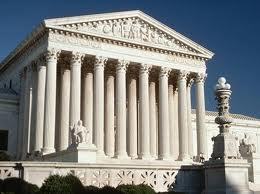 I hope we’ll hear from the Court what earlier rulings have established, that strip-searches for minor violations are unconstitutional and that the civilized way to manage our criminal justice system has to be clearly and firmly in place, with people being held accountable for their actions, not only to protect citizens but to sustain support for our laws and the procedures we use to enforce them.